Delyth Jones
Chester
We used CR&S Baleares for estate agency and facilitating the sale - really smooth sale, happy to recommend the full service.
Delyth Jones
Chester
Great support and communication during the buying process. Very smooth transaction.
David Withey
York
I recently found myself having to sell an apartment in Bon Vent Santa Ponsa Mallorca on behalf of my aged mother on who's behalf my brother and I had Power of Attorney under an English Document. We first had to get the English document Notarised in the UK to a standard acceptable to a Spanish Notary and then we could sell. Mark Pemberton was the selling agent and organised everything.The agent's charges in Spain are more than in England but worth every penny. The agent does so much more than just find a buyer and even does the sale contract. Mark dealt with all of this in an exemplary way and I have nothing but praise for his service. The signing before a Spanish Notary took place without a hitch and my brother and I were able to fly out one day and return the next. Thank you CR&S Baleares and Mark in particular.
Davina & John Griffin
Motherwell, Scotland
We had owned in Mallorca from the early 1980's, Had bought but never sold and over the years Spanish Law has changed so much. We heard all the horror stories of problems and extortionate charges you encountered when selling. Had met Mark from CR & S Baleares SL around and had said to him we were thinking of eventually selling up. He kept us in mind and when he knew somebody was actually interested in a place like ours he phoned. From then it was all plain sailing. Everything went so smoothly, not a hitch. Prior to the sale going through we had a clear, detailed statement showing all outgoings so no unpleasant surprises at the last minute. Mark even negotiated with the new owner we could stay on in our place until we were due to return to the UK a few weeks later. Visiting his office was always a pleasant experience and any dealing we had with Lorriane was carried out in a friendly, professional manner. Mark went way beyond the call of duty assisting us. The new owner's Notaria was in Palma and on the day the sale was going through he had no hesitation taking us into Palma and back. Also without any pressure when we asked he recommended a couple of companies we could use to transfer the funds back to the UK. Again he took us to the exchange company and they too were extremely helpful and efficient. We could recommend CR & S Baleares SL to anyone, in fact, my friend also sold through them and she too was extremely happy. Oh! and the sale didn't end there. That evening he also celebrated the completion of the sale with us with some 'Bubbly'. Thanks again so much Mark and as you know we haven't finished with Santa Ponsa. Will be seeing you soon. John & Davina Griffin.
Ian & June McBain
Dumbarton NOW Leigh-on-Sea
Bought my one-bedroom apartment through Mark in late 2003, but first I had to sell my studio apartment. Mark organized the sale and purchase of both properties without any fuss or difficulty, being thoroughly professional during the whole process. Fast forward now to July 2016 when Mark sold the above mentioned one-bedroom apartment, after having marketed it for only 2 months. On completion of the sale, he put me in touch with a local currency firm to ensure the safe transfer of funds back to the U.K. There are estate agents and estate agents, but without a doubt, Mark is one of the best around. He is trustworthy, professional and looks after the customer. I have no hesitation in recommending Mark and his company to anyone looking to buy or sell property.
Markus Rocznik
Hannover
Wir haben mit CR&S Baleares SL sehr gute Erfahrungen gemacht. Angefangen mit gut vorbereiteten Besichtigungen in seriösen, gut selektierten und vor Allem "legalen" Wohnungen ohne irgendeinen Kaufdruck. Die Betreuung während des Kaufs bis hin zu Tipps und Ratschlägen nach dem Kauf (Vermittlungen von Service, Tipps wie Internet usw.). Wir können uns vorstellen in den kommenden Jahren ein weiteres Objekt über CR&S Baleares SL zu erwerben. Gerade auf Mallorca ist ein seriöser und zuverlässiger Makler Gold wert. Mark spricht Englisch, Spanisch und Deutsch - besser geht nicht, vielen Dank! 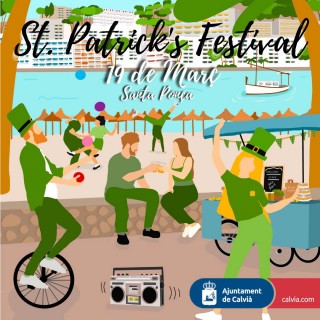 SERVING PROPERTY PURCHASERS IN MALLORCA FOR MORE THAN 30 YEARS